“The term life-changing comes to mind. At least for me, I’ve gotten a lot back that I had lost.”

Emphysema is a debilitating disease that affects not only the patient themselves but also their family and caregivers who have to watch them deal with the frustration and fear of not being able to breathe easily. Chris found normal daily activities, such as getting dressed or going to the grocery store, difficult and complicated due to the restrictions his emphysema symptoms had caused as they progressed over time. He would have to form a strategy to even go to the grocery store and ended up having to pick and choose what he could and couldn’t do, which Chris found to be embarrassing. His wife, Jody, says that “watching him not do the activities he used to do and the frustration he feels…is terrible”. She felt devastated after watching Chris struggle for years.

Chris felt that his problems became his family’s problems too, and he had to say “no” to activities they used to love, like traveling or spending time outdoors. Jody watched him struggle for years which fueled her continued search for treatment options that could help them regain some normalcy in their lives. She felt a divide between their family and the rest of the world, which is a common experience among caregivers and family members who feel they have to manage life around a loved one struggling with this disease.

Chris was evaluated by his pulmonologist and, through a series of non-invasive tests, was determined to be a candidate for Endobronchial valve treatment with the Spiration Valve. According to Chris, everything changed when he received the Spiration Valves. When asked how he would describe his experience, he stated, “The term life-changing comes to mind. At least for me, I’ve gotten a lot back that I had lost.” The procedure brought Chris and Jody relief as they felt a lot of the concern, worry and fear removed from their relationship. Jody describes it as “freeing” and “neither one of them worry about emphysema anymore”. They no longer let emphysema control their lives and are able to do what they love to do.

Chris has “gotten back so much that he didn’t think he could”. #BEYOUAGAIN

Potential complications which may be associated with bronchoscopy and/or the Spiration Valve System may include, but are not limited to, pneumothorax, worsening of COPD symptoms, pneumonia, dyspnea and in rare cases, death. Prior to using the Spiration Valve System, please review the full list of prescriptive information at https://svs.olympusamerica.com/prescriptive-information for additional information on indications, contraindications, warnings, precautions and potential complications. 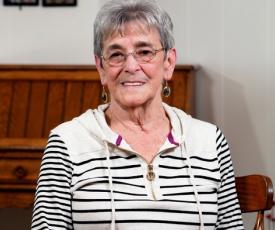 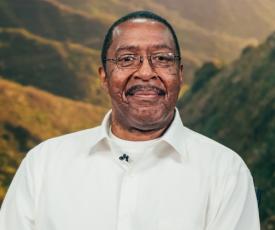 Ronny’s Story:
Living his life again without hesitation or fear.

How the Valve Works

Take the Next Steps